Time and time again, I'm reminded how so much of success is based on a willingness to keep going when times get tough and challenges seem insurmountable. 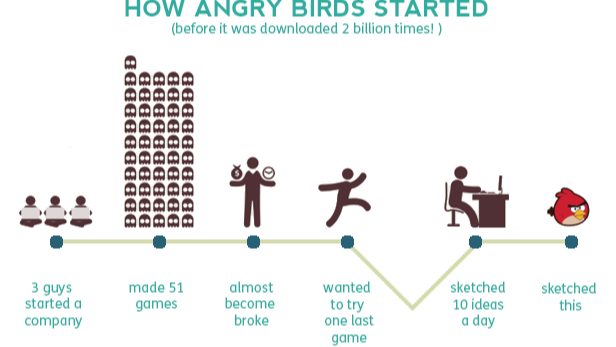 Whether it's hitting the aesthetic that's right for the project, finding more clients and collaborators, or responding to obstacles and setbacks, endurance and being able to constantly chip away at progress always seem to be what really determines success. 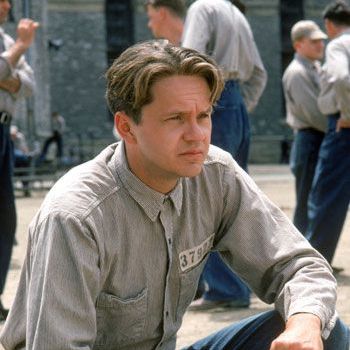 This guy here is Andy Dufresne, and he escaped prison after being wrongly convicted by slowly chipping away at a concrete wall at night for almost 20 years. He had many setbacks and obstacles in the form of people, walls, lack of resources, criminal status, and a massive lack of sleep. But giving up wasn't an option.

Even after devoting that amount of time, he still had a serious struggle to finally escape. You'd think he was entitled to finally reap some rewards, right? But he still had to crawl through a literal pipe full of s***!

Yes, he's the main character from The Shawshank Redemption. Both the movie and Rovio (Angry Birds team) are great examples of illustrating this mindset. We need to put in time and sweat knowing none of it entitles us to success, but it all brings us that much closer to it.

At any point, Andy could have dwelled on how much of a victim he was, focused on how much wall was left, lost sight of his ultimate goal or began prioritizing things outside of the life he wanted. He could have said he was tired and would dig away at that concrete wall tomorrow. Or, Rovio could have used their past "failures" as an excuse to stop trying.

We all have these choices before us on a daily basis. And once we begin to make the "wrong" easy choices, it gets harder and harder to make the "right" ones.

Adopting a disciplined and focused mindset is incredibly powerful and healthy. It can help develop your craft(s), increase our output and in many ways be a serious mental health-saver in difficult moments. Huge problems become smaller when you just put one foot in front of the other. Over time those small steps add up to massive progress.

So much of life is dealing with obstacles that others seemingly don't have to, or paying your dues yet again (especially for professional creatives/artists!).

Just take a deep breath. Think. Have confidence in your efforts, and know you are bringing yourself that much closer to where you want to be one small step at a time.

Be sure to check out Unlock Audio and grab some free stuff. Want to reach out? [email protected]

Elliot Callighan is a composer and sound designer, and the owner of Unlock Audio. He also teaches in the film and game programs at DePaul University and is an Officer in the Army National Guard.