The Golden Age of Video Games


This article was originally written for Vice India in connection with my recent trip to Mumbai to participate at EyeMyth—thanks to Pro Helvetia New Delhi, the Swiss Arts Council's office in India. The original, titled 'The Golden Age of Video Games in India Is Finally Here, and It's Unlike Anything We've Seen Before,' is linked here. Although it focuses somewhat on the Indian game development industry, I thought the topic is still relevant to the wider community.

Video games are undoubtedly big business. Video games are so big, in fact, that they effortlessly out-earn the film and music industry combined. For comparison, the Avengers: Infinity War film generated $258 million US at the cinema box office in 2018. In the same year, Red Dead Redemption II—a game playable on the PlayStation 4, Xbox One and PC—made a staggering $725 million US in its opening weekend. The adventures that players can enact within big-budget game franchises such as Red Dead Redemption, Uncharted, and Assassin’s Creed become ever more spectacular, year-on-year. The progress seems set to continue unabated and India is intricately linked to this global economic and cultural surge, with Indian branches of studios like Electronic Arts (EA), Ubisoft and Zynga taking-on large portions of the development work needed to create high-end titles. The value of India’s gaming industry is estimated to reach over $1.2 billion US.

But what does the future of video games hold? Is it more of the same but bigger and better? To begin answering this question we must first reflect on gaming’s evolution—where it currently stands and the medium’s origins. 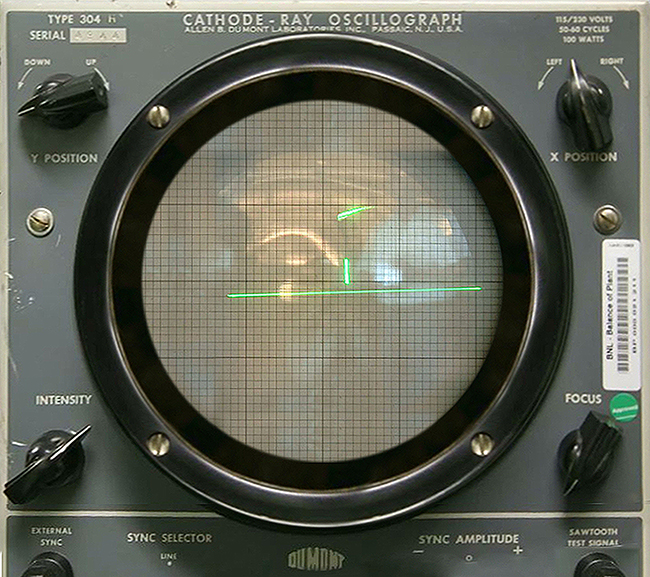 The world’s first ever video game was a simulation of real-world tennis called Tennis for Two, which appeared 61-years ago in 1958, and was playable on a Donner Model 30 analog computer in a science laboratory setting. For comparison, the first American-style comic, Famous Funnies #1, was published 24-years earlier in 1934. As the title suggests, Famous Funnies mostly consisted of comedic gags, which set the theme for comics in years to come until the medium experienced a Golden Age of popularity and artistic growth that started in the late 30s and finished around the early 50s. It’s during this period that a new generation of comic creators refined the medium’s conventions and reached a mainstream audience with superhero characters like Superman, Wonder Woman, Batman and Captain Marvel.

The light-hearted themes of early comics nonetheless meant that they were negatively perceived as meaningless time-wasters—a stigma that the medium still hasn’t fully shaken-off and continues to give it a subordinate status to classical arts to many onlookers. It took until 1992 for the first graphic novel to win the prestigious Pulitzer Prize in 1992, which was Maus: A Survivor's Tale by Art Spiegelman.

Following a similar thread, the first animated film, Humorous Phases of Funny Faces, was produced 113-years ago in 1906 and the medium experienced a Golden Age that started in the late 20s and finished around the early 60s. Popular characters that emerged during this time include Mickey Mouse, Minnie Mouse, Tom and Jerry, Betty Boop and Pink Panther.

What characterized the Golden Ages of comics and animation was a fresh generation of creators who overcame conventions set by industry pioneers. What they did was to connect the unique aspects of these young mediums with the traditional techniques that encompassed—such as pictorial composition, color theory and animation—which date back 600 years to the beginning of the Renaissance and beyond. Doing so gave comic creators and animators alike a sophisticated range of creative tools with which to craft subtler, emotionally-resonant experiences. Animation’s journey of self-discovery is nicely summarized by Walt Disney (1901-1966):

“At first the cartoon medium was just a novelty, but it never really began to hit until we had more than tricks. You have to have [empathy] in the thing.”

Without hindsight, it’s hard to gauge if the video games industry is in the midst of its own Golden Age. 61-years is an incredibly short period of time for any medium to reach full maturity—especially in the case of video games, which has a significantly broader art and entertainment heritage that include board games, sports, acting, architecture, painting, sculpture, literature, music and theater (not to mention scientific fields like psychology and neuroscience). It’s perhaps worth asking, what perceived conventions might video games need to overcome?

A major clue lies in the word “games.” Ever since Tennis for Two, games have been characterized by competitiveness and win-objectives. Players must outplay computer or human opponents: defeat an advancing horde of aliens (Space Invaders); defeat the archenemy and save the princess (Super Mario Bros.); conquer the world (Civilization); be the last player standing (Fortnite). The ongoing focus on skills-based experiences makes perfect sense from a business perspective. As development budgets for high-end video games have increased to astronomical figures and the number of players is set to reach 2.7-billion by 2021, it’s best to play it safe and produce the same or similar content that everybody expects from the medium. 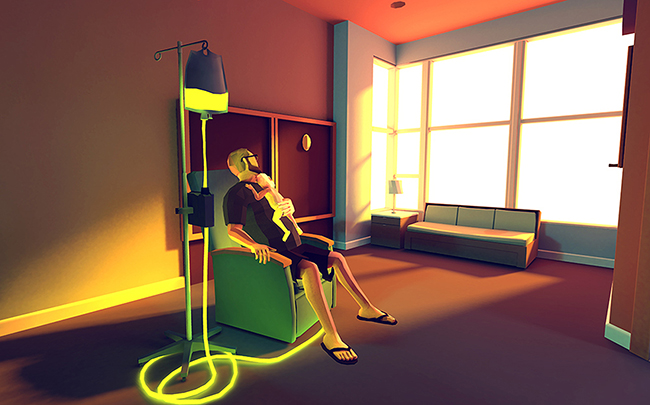 The serious emotional themes actively experienced in That Dragon, Cancer (2016), by Numinous Games, help elevate games beyond common conceptions of the medium.

It’s only in recent years that the industry has begun to break this mold with atypical games like the multi-award winning FAR: Lone Sails from Swiss developer Okomotive, leaving thrill-seeking gamers scratching their heads in confusion over the merits of the game's somber gameplay experience. Titles like Gone Home and That Dragon, Cancer challenge their categorization as games even further because these games are void of explicit win objectives and require relatively little skill to play. They’re not even “fun” in the way that we normally associate with games—much like the early “funnies” in animation and comics industries. For instance, That Dragon, Cancer is an autobiographical game by Amy and Ryan Green and their struggle to raise their son with terminal cancer. Gone Home is about a young woman dealing with familial and social strife as she comes to terms with her sexuality. The subordination of conventional skills-based challenges makes That Dragon, Cancer and Gone Home difficult for many players to accept. The overarching challenges that these games confront players with are a nuanced player-skill: empathy. 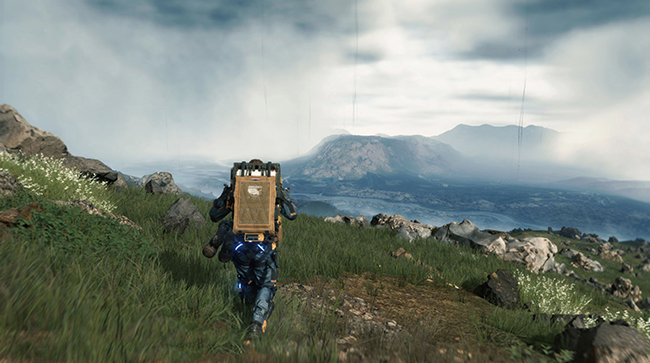 Death Stranding (2019), by Kojima Productions, has received polarizing reviews because it features long tracts of walking that encourage players to quietly reflect and empathize with the playable character.

FAR: Lone Sails, Gone Home and That Dragon, Cancer have paved the way for designers at the AAA-level of the industry to create similarly atypical experiences. The recently released Death Stranding (the vision of Hideo Kojima of Metal Gear Solid fame) may have more conventional game objectives and gameplay challenges but it explores a solitary, contemplative experiential space that games at the AAA-level have never seen before. Death Stranding has encountered mixed reviews with some players labeling it as boring, while others saying that it’s the game of the decade. 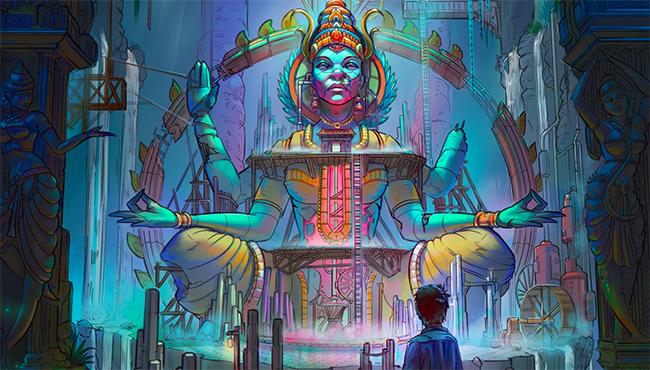 Antariksha Sanchar, a “point-and-click” adventure in development by Goa-based Quicksand, is set to bring a uniquely Indian voice to the global video games market.

The suggestion is that video games are gradually transforming into the perfect medium for telling unique, personal stories and generating empathy through active participation of the player-audience. This change is gaining speed because of the democratization of game development tools and publishing platforms like Unity, Unreal, Steam and Apple’s App Store, which means that a personal computer and internet access are the biggest entry barriers faced by aspiring game designers—thus giving interactive voices to game creators that don’t fall into the typical teenage, straight white male audience. Additionally, the cross-section of people making games has also gotten older. With parenting, family responsibilities and less time comes a different world view and entertainment needs.

The industry is still working to reconcile the various art and entertainment forms upon which video games are grounded, including my personal research into the overlap between traditional craft and interactive media, with the aim of heightening physical empathy and embodiment. A broader definition encompassing games as interactive art will be undoubtedly be required to account for the increasingly varied and unexpected experiences, created by culturally diverse teams, that have yet to be created.

So we still haven’t reached the point where we can confidently say, “ah-ha, that’s what games are!” It’s increasingly clear that video games need not be fun. They can explore the entire breadth and depth of human experience just like music and literature. A time will come in the next decade, or so, when we’ll be able to paraphrase Walt Disney and say: at first the video game medium was just about skills-based challenges, but it never really began to hit until we had more than tricks. You have to have empathy in the thing. We’ll then see that the games we enjoy today, while already demonstrating an incredible level of creative and economic success, were only a small taste of what’s to come.

Chris Solarski’s (SOLARSKI STUDIO) started work in video games at Sony Computer Entertainment’s London Studio as a character and environment artist before making a career-defining detour into figurative oil painting. The unusual mix of game art and classical art eventually resulted in Chris authoring a disruptive sensory design framework that adapts traditional craft to video games and interactive media (VR, AR, XR) with the aim of heightening physical empathy and embodiment. In essence, exploring the ways in which games physically move us. Chris has also authored two books on game art and design that are endorsed by the likes of Assassin’s Creed founding member Stéphane Assadourian, and Cyberpunk 2077 level designer Max Pears. Chris’ work has been described as gaming’s equivalent to Robert McKee’s screenwriting classic, Story, and Joseph Campbell’s universal storytelling structure. Thanks to the Swiss Arts Council, Pro Helvetia, Chris has had the pleasure of presenting at the Smithsonian Museum’s landmark The Art of Video Games exhibition, Disney Research, SXSW, Google and FMX, to name a few.